On 31 May and 1 June 2018, on occasion of the Xth National Day of Mediterranean Nursery Gardening in Monopoli (BA), held respectively were, the ANVE Meeting and the national convention “Multi-risk concessional insurances on ornamental cultivations. Development opportunities for nursery gardening companies”. Also the two Degree Awards dedicated to the Vice President founder of ANVE Stefano Capitanio.

On the first day the Members met to discuss the development of the various association activities and were also called to vote for the renewal of the Governing Council 2018-2020. 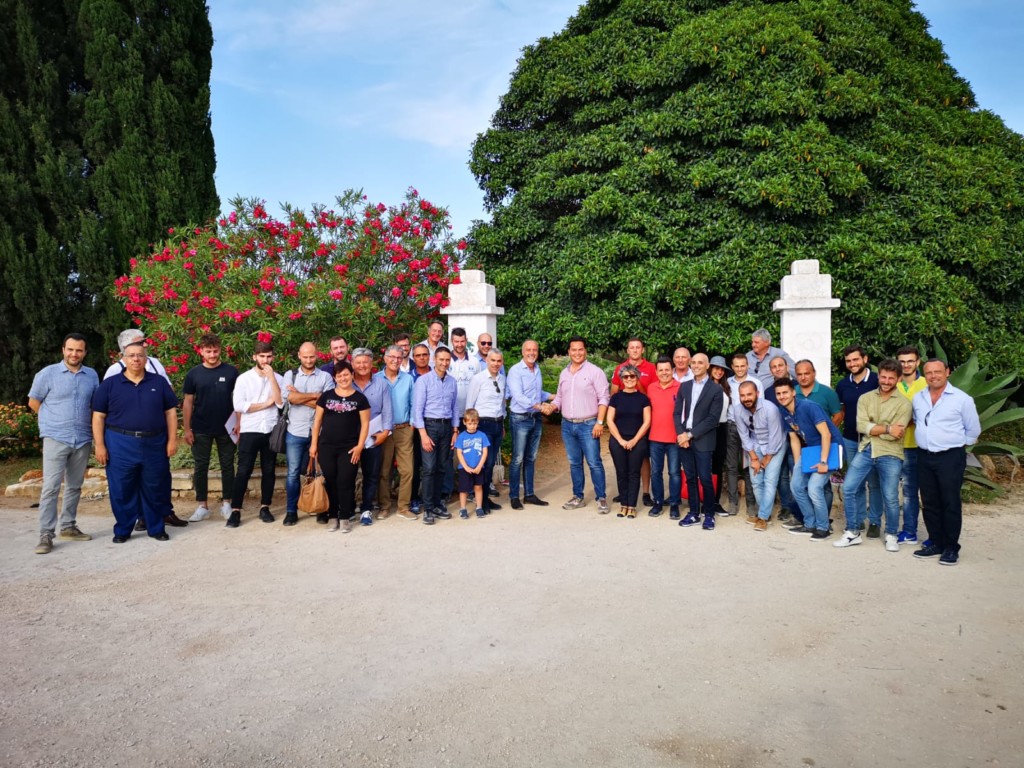 President Capitanio expressed right away his gratitude for the confidence shown him confiding in the contribution that all the members will give to continue accomplishing the ANVE mission, that is, represent, support, and assist the Italian nursery gardening companies.

The young President, at only 29 years of age, has already widely manifested his technical and institutional competences and now he can continue the experience at the service of the members and the entire sector. Capitanio also thanked the outgoing President  Marco Cappellini for the work dedicated to the Association and developments produced in the activities and services during his four-year  term. 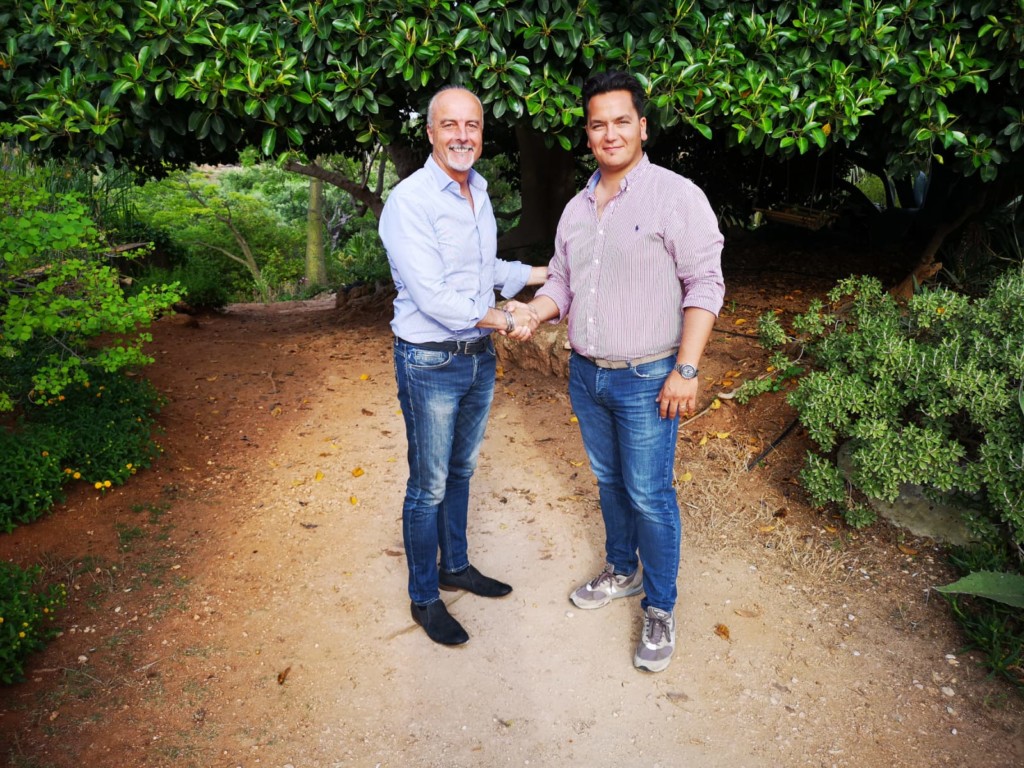 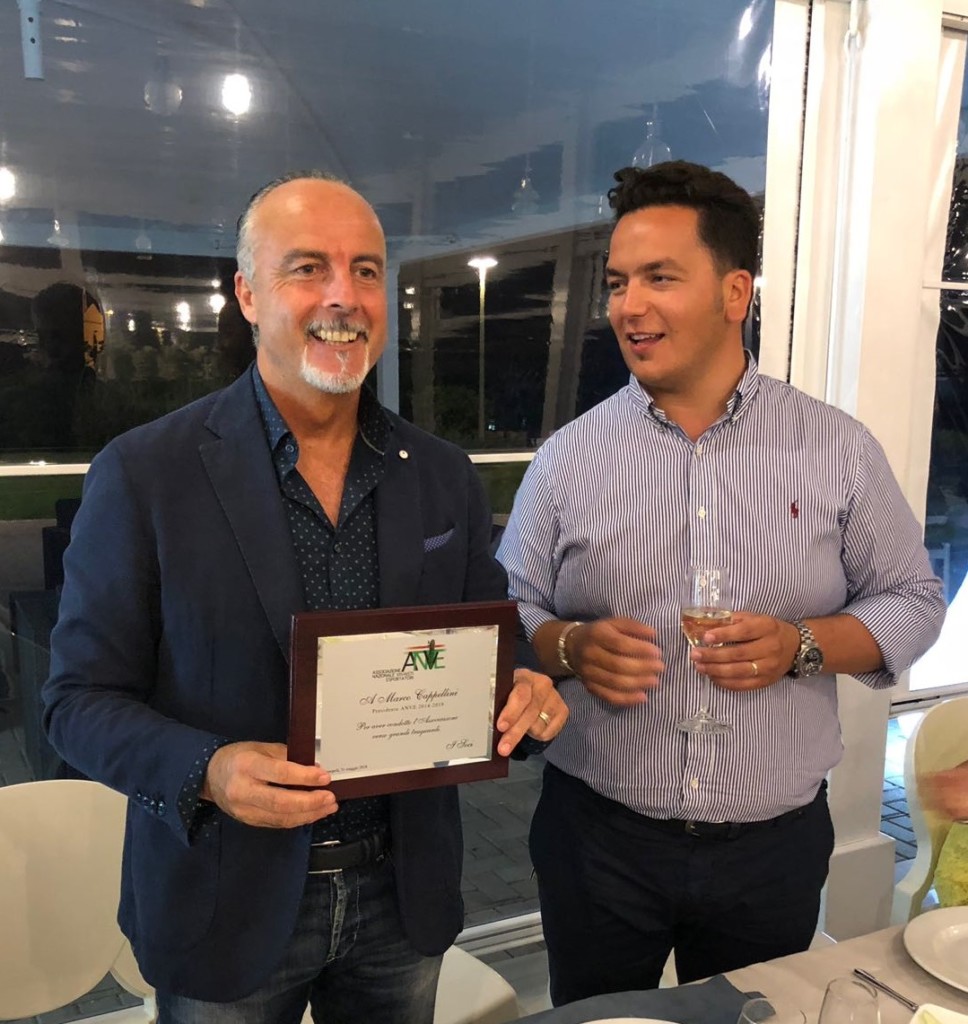 Present at the convention there was President Capitanio, who intervened with the usual opening report where he described in detail the institutional, promotional, and assistance activities offered by ANVE, followed by the institutional greetings by Giacomo Carreras, President  of the Ordine dei Dottori Agronomi e Dottori Forestali (Registry of Agronomists and Foresters) of the Province of Bari and co-organiser of the convention, Angela Bellino, Vice President of the Collegio territoriale dei Periti Agrari e Periti Agrari Laureati (Territorial College of Land Surveyors and of Graduated Land Surveyors) of Bari, and Bernardino Lattarulo, President of the  Commissione gestione separata Periti Agrari (Land Surveyors separate management Commission) at EMPAIA (National Welfare Office for Workers and Agricultural Workers).

The technical sessions were held afterwards: Alessio Almoto, Technical commissions Coordinator of the Consorzio italiano di Co-riassicurazione (Italian Co-reinsurance Group) against natural disasters in agriculture, explained the functions of the Consortium that finds its collocation within ISMEA and invests in the development of pilot innovative insurance projects. For said reason, Almoto also presented, preliminarily, the development of an important experimental project for the creation of the insurance policy that covers phytopathological damages. The diseases of the plants involved in said project  are those admitted by the Piano Assicurativo Agricolo Nazionale 2018 (PAAN) (National Agricultural Insurance Plan 2018) as, for example, bacteriosis, virus diseases, red weevils, Asian long-horned beetle, chestnut gall, and many others that cause damages, often inestimable and unlikely recoverable, to the nursery gardening cultivations.

Said project will be developed in collaboration with ANVE and directed exclusively to the members.

Following Nilton Meoni of AIB – All Insurance Broker intervened, he presented the latest novelties for multi-risk policies among which the communitarian contribution up to 70% of the premium payment, the possibility to stipulate policies by product typology, and the reduction of the intervention threshold to 20%. 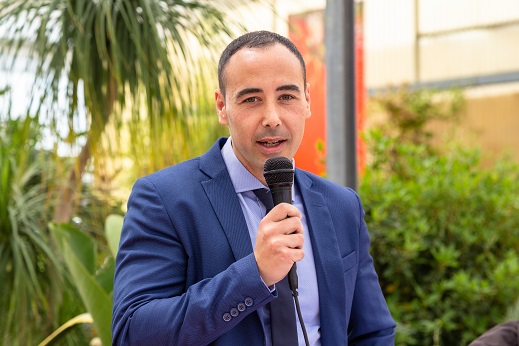 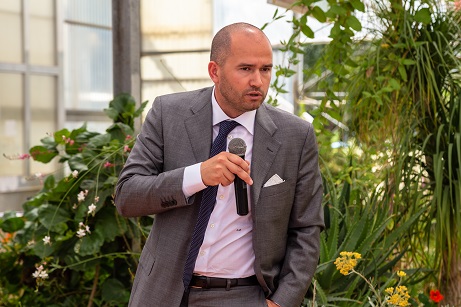 Andrea Berti, Director of the Consorzio di Difesa Produttori Agricoli – CODIPRA Trento (Agricultural Producers Protection Consortium) , described the activities the Consortium  has for the agricultural producers  interested in insuring themselves. Specifically, he focused the attention on the availability to pay in advance the amount of the premium to the insurance companies equal to the communitarian contribution, that is,  up to 70% of the costs, a very important aspect for the companies that, in this way, do not have to totally expose themselves with their resources.

Lastly, Albano Agabiti, President of the  Associazione Nazionale Consorzi di Difesa ASNACODI (Defence Consortiums National Association), gave the complete picture of all the Italian defence consortiums  that can and must help the agriculturists in the negotiations linked to the collective multi-risk policies. 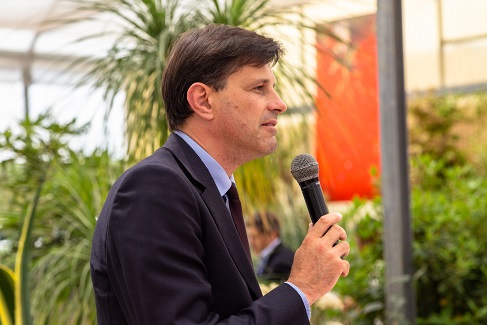 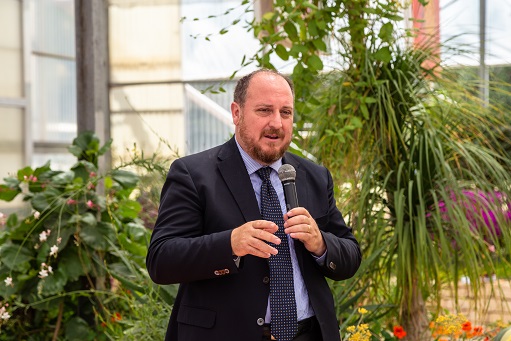 the second technical session was held at the closing of the event with the intervention of Alberto Manzo and Donato Boscia. The first, as coordinator of the Technical Table of the nursery gardening chain at MIPAAF(Ministry of Agricultural, Food and Forestry Policies) , described the ongoing activities such as those regardingCAM (Criteri Ambientali Minimi) (Minimal Environmental Criteria) and the results achieved within the guidelines for the compulsory training of the green workers. Manzo also described the previous activities, among which the prearrangement of the new custom codes for ornamental plants (supported by ENA – European Nurserystock Association) and the conclusion of the pilot project on certifications that was followed by the establishment of the  Associazione Nazionale di tutela del Marchio VivaiFiori (National Association for the Protection of the VivaiFiori Trademark).

Donato Boscia, instead, explained the updates regarding  the  Xylella fastidiosa  emergency also in the light of the new delimitation of the buffer zone in Salento. The emergency continues arousing anxiety in the scientific research sector, but especially among the nursery gardening producers since the national and European reference laws are not always applied adequately. 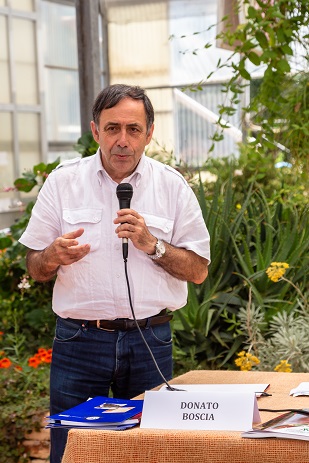 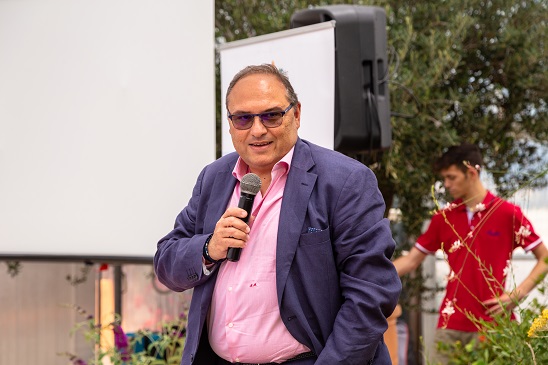 The entire convention was chaired by the Member and Past President Marco Cappellini who, very familiar with the insurance product in question, was able to give excellent  ideas and stimulate the debate.

At conclusion of the interesting morning, the  Premi di Laurea “Stefano Capitanio” (Degree Awards) were assigned.

These are the two winners: 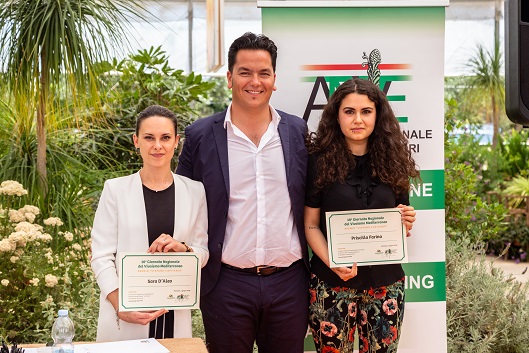 “it is an honour to know that the best Italian nursery gardening companies express such faith in me and in my abilities. The Association has reached international levels of credibility and representation maybe once unimaginable and, with the election as President it will be my duty to maintain them. I am sure that the Governing Council and the entire social base  will give the necessary help. I would like to point out that my appointment will be open to discussion  and dialogue with all institutional, scientific and technical interested  parties. Our sector needs attention and answers, for example, on the phytosanitary aspects linked to the production and transport of plants. I am convinced that only by sharing objectives we will be able to make such issues emerge at political level.

Today we have also presented a part of the services that we offer the companies. For ANVE , finding innovative solutions that can improve the entrepreneurial competitiveness is very important. The insurances against natural disasters are an example of how we can do business in a modern way.” 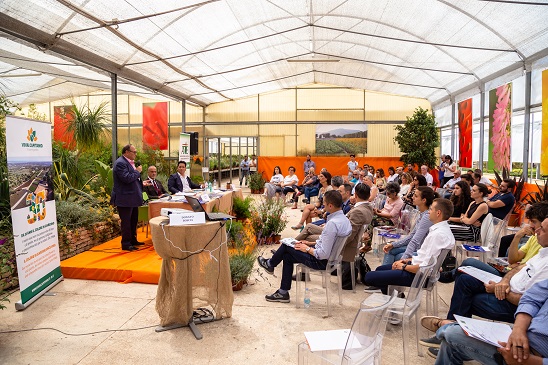 Go to the event gallery>>