ANVE takes stock on the Xylella fastidiosa in Italy: enough with fake news

ANVE takes stock on the Xylella fastidiosa in Italy: enough with fake news

ANVE – Associazione Nazionale Vivaisti Esportatori (National Association of Nursery-Stock Exporters) is the Association that represents, protects, and supports Italian producers. ANVE is composed of Stakeholders, Supporters, and Partners and ensures direct contact with all the operators of the chain.

Italian nursery gardening is a sector of primary importance composed of over 100,000 professionals, more than 30,000 companies, and a Gross Saleable Production of 2.5 billion euro.

Moreover, it is recognised and appreciated abroad for its quality and it occupies the first place on the international scenario for cultivated surface, turnover, and varieties produced. For this reason over 50% of the production is exported.

Dealing with living plants, we are subject to strict phytosanitary legislations that determine the requirements for production and movement.

For this reason, we constantly follow the regulatory updates with particular attention to the Xylella fastidiosa emergency that unfortunately has affected a very restricted area of Puglia region.

Said bacterial disease has been subject, since it was detected in 2013, to many political, media, and legal events, which today are causing serious commercial problems to all Italian nursery gardening producers. 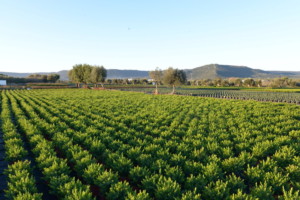 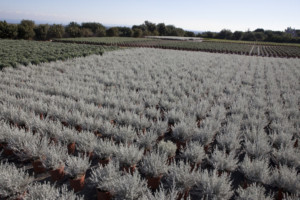 Moreover, the monitoring of both the restricted and the pest-free areas was strongly potentiated with the result that today, Puglia region in particular, but also the other 19 Italian regions, are the most controlled territories in Europe.

In Puglia, the recent monitoring activities have given the following results:

In this regard, we must specify that, even if the grubbing up of the infected plants has experienced delays, this does not prejudice the remaining part of the regional and national territory, that is, almost 100% of it, which was declared pest-free by national and international authorities.

This situation must be very clear and well known all over Europe. A communication to be defined correct must report all the data objectively.

The refusal of the Italian product, by the colleagues from abroad, is therefore unjustified and it could cause problems in the entire international chain and unpredictable events in the valorisation and availability of plants.

All the monitoring activities are performed following rigid international phytosanitary standards applied in the same way all over the European Union and not only. Therefore, what is done in the European countries is done also in Italy and with more resources and monitoring efforts. Only in Puglia the Regional Phytosanitary Service has over 200 inspectors dedicated exclusively to the Xylella fastidiosa monitoring.

Finally, to try to stop all the fake news circulating, ANVE has lodged a complaint to the Prosecutor’s office of Bari reporting a series of misleading activities such as events, assemblies, web pages, posts on the Social networks, blogs, and media articles that often lead to public problems and instigation to disapply law, apart from generating confusion about the truth.

Therefore, it is not only a matter of diffusing news without any scientific basis, because all this means also to threaten many jobs, thus the entire local and national economy.

In fact, hindering the application of law means threatening the entire Puglia region as well as Italian economy. Those who question the real problem of Xylella and do not allow the Authorities to intervene or those who describe this problem in a very personal way creating uncertainties among the operators of the chain, are threatening many jobs all over Italy.

For this reason ANVE decided to report those who spread fake news, officially requesting to assess the criminal relevance of these facts. Spreading fake and misleading news is a crime, and as such, it must be punished.

Therefore, I would like to reassure the international producers and traders about the good health, seriousness, and professionalism of the Italian nursery gardening companies and Supervisory Authorities, asking them to gather information through official channels (European Commission, official research Consortia as XF-ACTORS and PONTE) and not to believe the fake news circulating on newspapers and web.